Textile companies reveal how they deal with the risks of malpractices

Agreement on Sustainable Garments and Textile: Openness about risks in sector 'the new normal' Companies are opening up about malpractices that they have encountered in garments and textile manufacturing – and what they are doing in response. Some fifty brands that have participated in the Dutch Agreement on Sustainable Garments and Textile since the very start will be making their findings public no later than today.

Their disclosure marks an important step towards meeting their obligations under the Agreement. Transparency in communication must become the new standard so that stakeholders can see how companies are taking responsibility for their operations. Transparency also helps consumers make informed choices.

Pierre Hupperts, independent chairman of the Steering Committee: ‘This is an important step towards greater transparency in the global textile supply chain, and a huge step for some of the participating brands. We can't expect reporting on risks to be perfect across the board in the very first year. This is a joint learning process that will help companies to move forward. We invite civil society organisations to share their findings with us and the brands.’

All of the companies participating in the Agreement perform due diligence: they examine their production chain, identify potential and actual malpractices, and then prioritise and tackle them. By signing the Agreement, companies commit to communicating publicly about these risks in the third year after joining. More than fifty high-profile brands have now published such information on their website.

More use of sustainable materials

Companies that also reported in the previous year recorded an increase in the use of sustainable materials from 29% in that year to 37% in the past year. Use of more sustainable cotton increased from 44% to 57%. Companies have been providing information about the materials that they use in garment manufacturing since last year. Now that such use has been made transparent in their second year of reporting, they are clearly making more conscious choices. See also this fact sheet and explanation.

The total share of the Dutch market accounted for by the Agreement signatories grew slightly to approximately 50%, despite participants dropping out due to insolvencies and closures. Under the terms of the Agreement, 80% of the Dutch market must have signed up by 2020. International cooperation must be sought to ensure that large international companies join. Cooperation with other initiatives, such as the German Partnership for Sustainable Textiles, is one possible solution.

Since 2016, a broad coalition of companies and other organisations have joined forces under the Dutch Agreement on Sustainable Garments and Textile to prevent malpractices such as worker exploitation, animal cruelty and environmental pollution. The Agreement is facilitated by the Social and Economic Council of the Netherlands (SER). The provisions of the Agreement are based on existing objectives and standards set out in the UN Guiding Principles on Business and Human Rights (UNGP’s) and the OECD Guidelines for Multinational Enterprises. A total of 89 garment and textile brands, their representative organisations INretail, VGT and Modint, the national government of the Netherlands, trade union confederations FNV and CNV, NGOs Solidaridad, UNICEF, Arisa, the Stop Child Labour Coalition, Four Paws Netherlands, and a large number of supporting parties are participating in the Agreement. 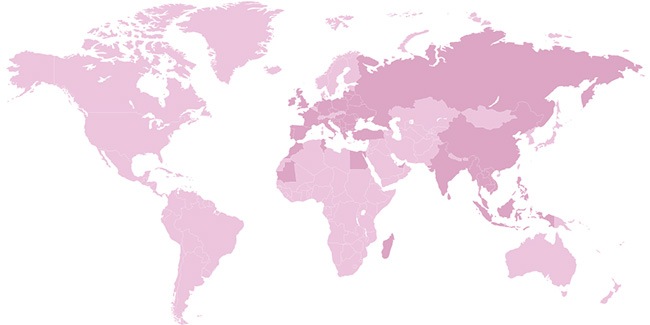 Where are the garments and textiles made?

Participating companies must provide a list of production sites that they have used in the previous year. The lists are published annually. 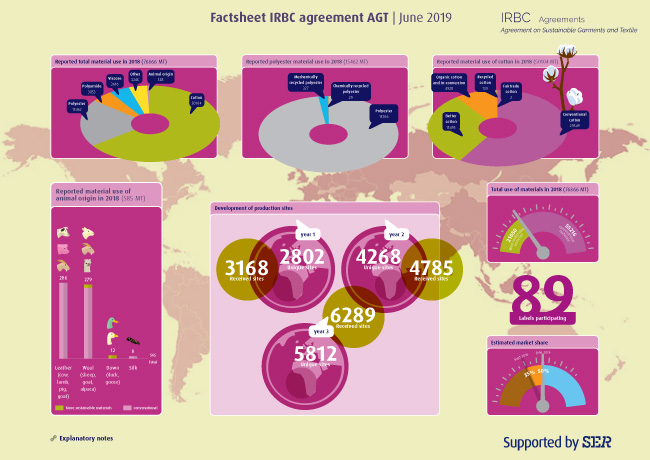