Several companies participating in the Dutch Agreement on Sustainable Garments and Textile have signed a Transparency Pledge. In doing so, companies commit to disclose the locations of their production sites, what type of garments are manufactured there, and how many people work at these sites.

Although there already is an aggregate list of production sites that all companies participating in the Agreement update every year, the Agreement also commends this additional disclosure by companies.

The Clean Clothes Campaign congratulates companies within the Agreement that are making this extra effort.

"We can only contact clothing brands about abuses at their factories when we know the location of their production units. That knowledge is therefore critical to our ability to work with them and our partner organisations in production countries on identifying solutions."

A growing number of companies now publish their own list of their production sites in addition to the aggregate list. The Agreement encourages participating companies to be as transparent as possible. Such additional effort on their part is voluntary.

The Transparency Pledge was introduced in 2017 by nine trade union federations and human rights organisations, including the Clean Clothes Campaign. By signing the pledge, companies commit to publishing the names of their authorised production units and processing facilities, the site addresses, the parent company of the business at the site, the type of products made there, and the worker numbers at each site. They also commit to updating this information regularly, i.e. twice a year. 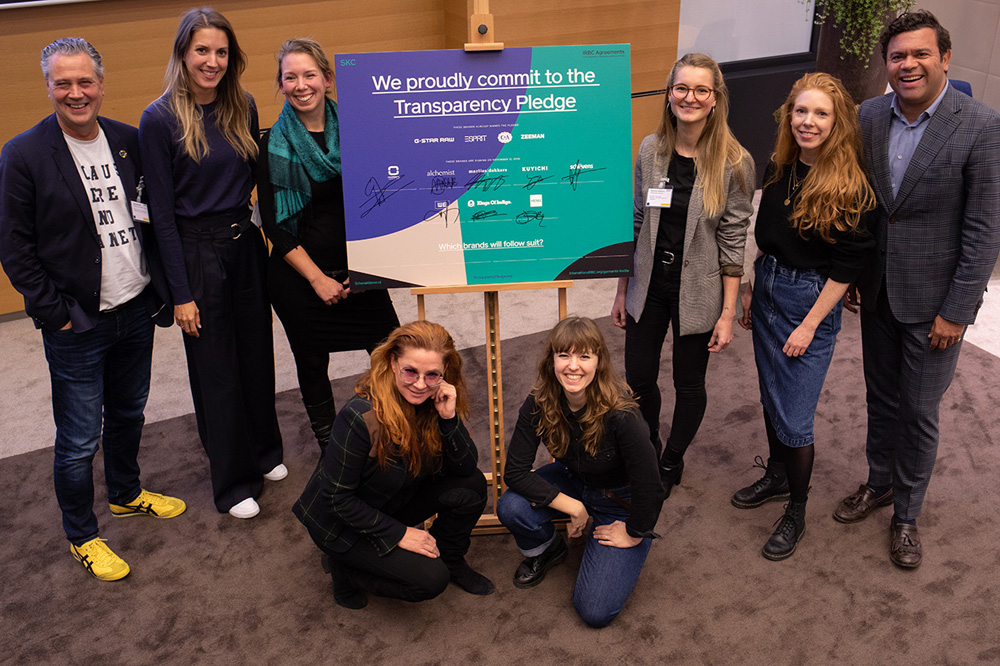