The collective project 'Factory support programme: continuous improvement of labour conditions in Tamil Nadu, India' aims to improve working conditions in the south Indian state by addressing social issues. After the first year, lessons learned and results have been summarized, including reduced absenteeism, better understanding of Indian labor law and an employee helpline. 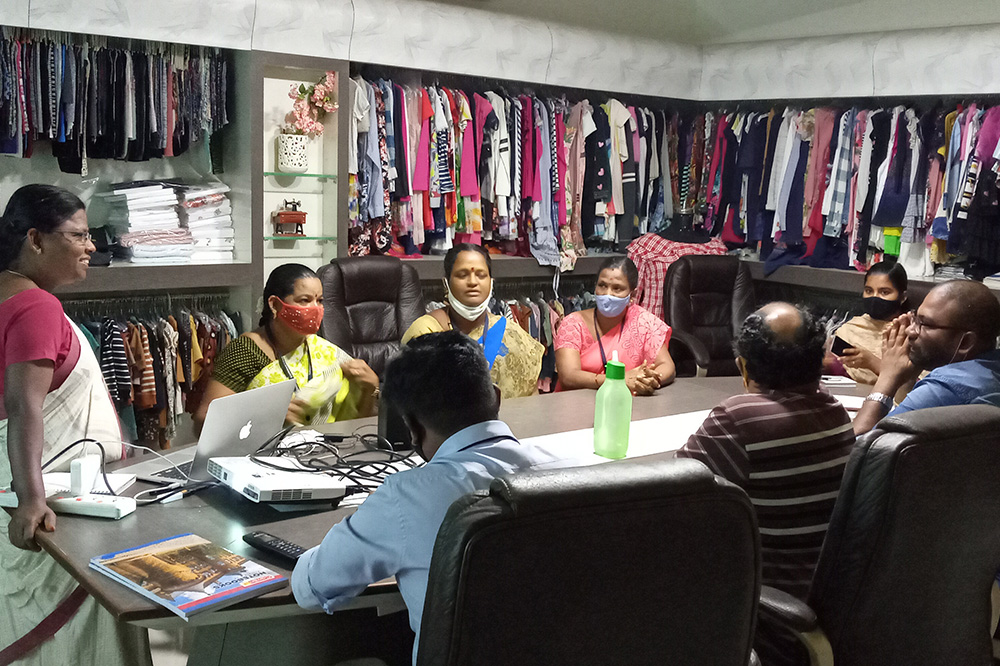 The focus of the in-factory training programme is twofold: creating awareness of worker rights and responsibilities, and establishing functioning worker-management committees aligned with Indian labour laws and regulations. The project started in September 2020 with seven signatories of the Dutch Agreement on Sustainable Garments and Textile (AGT) which in September 2021 were joined by another AGT signatory.

Read the results of the first year.

The AGT companies have closely engaged with their suppliers, stressing the importance of workers being free to file complaints, which subsequently need to be addressed. This dialogue with suppliers is a continuous effort. In the first project year, learning sessions about contract labour and labour law revisions were organised for the participating companies and their suppliers. On top of that, all project partners participated in quarterly (online) meetings and had separate meetings with their suppliers, NGOs SAVE and/or Arisa. Arisa regularly shared updates with brands on the Covid-19 situation in Tamil Nadu.

One of the project aims is to strengthen the regional workers’ helpline that is run by SAVE. SAVE promoted its helpline in neighbourhoods in Tirupur where garment workers are living. In year 1 a total of 416 calls were received by the helpline. Almost half of the complaints, 201 in total, were solved successfully, with the outstanding cases still being handled. Common topics of complaint are access to social security, health insurance and pension schemes, lack of freedom of movement and excessive working hours. Complaints about suppliers who produce for AGT signatories will be communicated with the respective signatories, to contribute to their risk analyses and were needed for their support for the remediation of complaints.

Alignment with other initiatives

Several other supply chain responsibility initiatives are active in The Tamil Nadu region. Alignment with these initiatives was actively sought. Calls were organised with the German Partnership for Sustainable Textiles (PST) and Freedom Fund (including the Tamil Nadu Alliance). During the joint calls, the content of the different programmes was discussed, as well as possibilities for alignment and collaboration. Training tools and programme documents were shared. The regular exchange with the PST resulted in a joint workshop with SAVE and trainers of a German brand to exchange learnings and challenges regarding in-factory training on worker-management committees.

In the summer of 2021, a support letter for the wage negotiations by the newly formed Minimum Wages Committee in Tamil Nadu was shared with the committee members. Signatories of the letter were the AGT, most of its affiliated companies that source from Tamil Nadu, trade associations and NGO’s.