This is the first such partnership in the gold supply and production sector. Promoting transparency is an important factor in collective efforts to combat problems worldwide. Most of the jewellery in the Netherlands is made from recycled gold. Nevertheless, it is not always easy to trace where it comes from, what happens to it, and how that happens in many segments of the gold value chain. Artisanal and small-scale mines abroad are often linked to human rights and environmental abuses. Large mines can be a source of environmental and societal problems such as child labour and corruption. Revenue derived from gold production is sometimes used to finance violent conflicts.

The agreement is based on three pillars: Know, Show and Improve. Due diligence processes allow businesses to analyse whether and how they might be associated with potential abuses. Based on that knowledge, the agreement partners can draw up improvement plans ensuring that gold is responsibly sourced.

Industry organisations such as the Dutch gold and silver federation (Federatie Goud en Zilver, FGZ) and the Dutch guild of goldsmiths (Nederlands Gilde van Goudsmeden, NGG) will be drafting a code of conduct within six months. The code will help improve members’ transparency. Jewellers and goldsmiths will be able to inform their customers about the origins of their gold purchases. Fairphone, Philips, Solidaridad, Stop Child Labour, UNICEF and Fairtrade are developing a project to combat child labour in small mines. Other parties are expected to join them. Closing the Loop is working in Africa on a good collection system for mobile phones to support responsible gold recycling there.

“Working conditions in gold mines in developing countries are often deplorable. That is why today is an important day: merchants, jewellers, goldsmiths and electronics firms have signed on to this agreement. Through this agreement it will be revealed whether and to what extent the Dutch gold sector is implicated in poor working conditions and, most importantly, what we can do about it. Some firms in the Dutch gold sector are already doing their best to purchase gold from responsible sources, but this is something that all businesses should be doing. This agreement will help achieve that, both in the Netherlands and beyond. I call on all businesses to join the agreement.”

“By signing this agreement, Dutch businesses and organisations are taking responsibility for implementing the OECD Guidelines in this sector. That will contribute to improvements in human rights and environmental protection across the global chain.”

Representing the sector are the FGZ the NGG, Lucardi (chain of jewellers), Bijou Moderne, Peter Bruining and House of Eléonore (traders and producers), Schöne and Cookson Drijfhout (major suppliers), electronics manufacturers Philips and Fairphone, and recycling firms Sims Recycling Solutions and Closing the Loop. The civil society organisations involved are Solidaridad, Stop Child Labour, IUCN NL, UNICEF and FNV trade union federation. The government is represented by the Ministry of Foreign Affairs. The Social and Economic Council of the Netherlands (SER) has facilitated the agreement and will monitor compliance with its provisions. Other parties in the gold sector will be encouraged to join in. The agreement will also set an example for the gold sector in other countries.

The Netherlands plays a minor role in the global gold sector. Gold is mainly used in jewellery, electronics and coins here. Europe accounts for two percent of world gold consumption. Every year, almost 4300 tonnes of gold comes on the market. Of that amount, 66 percent is new gold and 34 percent is recycled.

The Gold Sector International Responsible Business Conduct Agreement is the fifth of its kind to be concluded in the Netherlands. Three of these agreements were negotiated under the SER’s guidance. Preparations are currently under way for agreements in the insurance, ornamental plant, natural stone, metallurgy and food sectors. 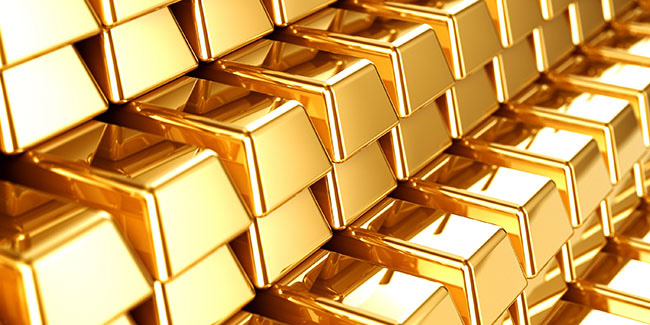 Agreement on international responsible business conduct of companies in the Netherlands with gold or gold bearing materials in their value chains (PDF, 632 kB) 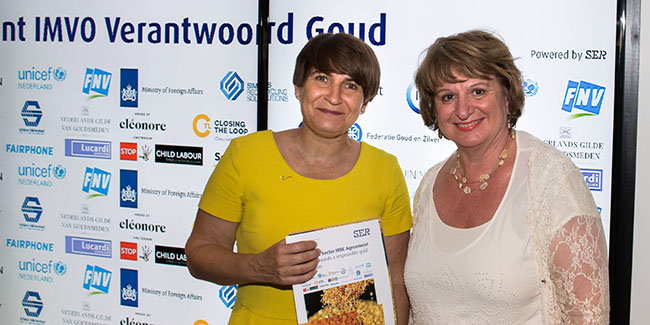