In 2014, the Social and Economic Council of the Netherlands (SER) recommended concluding multistakeholder agreements promoting international responsible business conduct (IRBC agreements) in each sector. The response was tremendous. Many parties are working together within the context of such agreements. Cooperating extends the influence of the partners and allows them to make real improvements.

The stakeholders and their role in the IRBC agreements are described below.

The Social and Economic Council (SER)

The Social and Economic Council of the Netherlands (SER) uses dialogue to establish or improve relationships between diverse parties so that they can reach agreement. It draws on this knowledge and experience to assist the parties involved in developing IRBC agreements the representatives of the relevant sector, unions, NGOs and government.

Signing an agreement is only the first step. The next hurdle is to hammer out the details. Here too, the SER can offer its assistance.

The Dutch government wants Dutch companies that transact business abroad to do so responsibly. It is therefore negotiating international responsible business agreements with 13 Dutch business sectors and the relevant unions and NGOs. The agreements address risks in such areas as human rights, working conditions and the environment. They take the form of IRBC agreements.

The Dutch government additionally raises the issue of responsible business conduct with foreign governments through its diplomatic network (embassies and consulates) abroad. It also works to promote international agreements between governments, for example in the European Union (EU), the World Trade Organization (WTO), the International Labour Organization (ILO), the United Nations (UN), the G20 and the OECD.

Dutch trade unions are often actively involved in preventing and combatting abuses, especially in such areas as child labour, living wage, and trade union rights. Unions sometimes take action themselves or through partner organisations in developing countries with a view to making improvements in these areas. Which unions are involved depends on the specific agreement.

There are many different non-governmental organisations (NGOs) active in the Netherlands, including UNICEF and Oxfam Novib. All are focused on preventing and eliminating abuses around the world. Many of them are knowledgeable about and have networks in the countries or regions covered by the agreements. Which NGOs are involved depends on the specific agreement.

Cooperation between businesses, unions, NGOs and government is not always easy. The parties often have very different interests and approaches and have to build trust step-by-step. An IRBC agreement is the result of an intensive process in which the parties get to know one another and negotiate the relevant terms and conditions. It may take time before they can negotiate an IRBC agreement that is satisfactory to all and still complies with the OECD Guidelines for Multinational Enterprises and the UN Guiding Principles on Business and Human Rights (UN GPs).

Cooperation does not cease after an agreement has been signed. On the contrary, that’s when the real work begins the bigger challenge of achieving the agreed aims within a specified period of time. 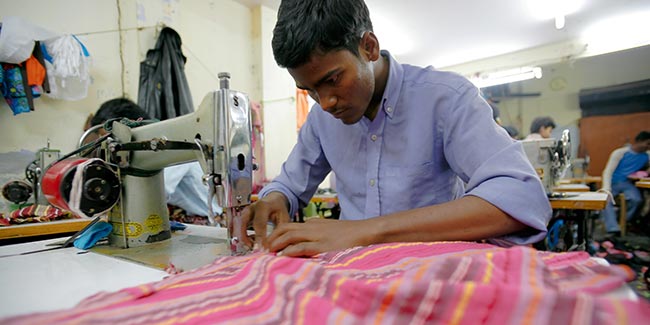 There are IRBC agreements in the garments and textile, banking, and gold sectors. Other agreements are being negotiated.