The natural stone sector in the Netherlands and Flanders consists of several hundred companies specialising in the import and processing of natural stone or products based on natural stone, such as countertops, tiles, building facades and kerbs. Natural stone sourced in Asia, Africa and Latin America is often quarried and processed under conditions that violate human rights/labour rights and are harmful to the environment. To make enough of an impact without delay, the parties will concentrate in the period ahead on involving as many Dutch and Flemish companies as possible.

Dutch and Flemish organisations that commission building projects involving natural stone can themselves leverage their influence by making use of sustainable procurement practices. That is why contracting authorities will also be asked to support the initiative. Pilots projects have already been launched to encourage companies and public authorities to purchase natural stone in a sustainable manner. A few dozen municipal authorities and government agencies, including the four largest Dutch municipalities and the Central Government Real Estate Agency of the Netherlands, are taking part. The pilots will show how sustainable procurement practices can help companies to contribute actively to tackling and reducing RBC risks in the production and supply chain, in particular the risk of child labour. These lessons will also be instructive for other sectors.

Companies must make efforts to abide by the principles of International Responsible Business Conduct and sustainable production and supply chain management. Society and the Dutch and Flemish governments expect this of them, and they are furthermore obliged to do so under international guidelines and agreements, for example the United Nations Guiding Principles on Business and Human Rights, the Guidelines for Multinational Enterprises adopted by the Organisation for Economic Cooperation and Development (OECD), and the fundamental labour standards laid down by the International Labour Organisation (ILO). In the Netherlands, eight sectors have concluded multi-stakeholder IRBC agreements. The TruStone Initiative is the first such agreement involving parties from two countries. 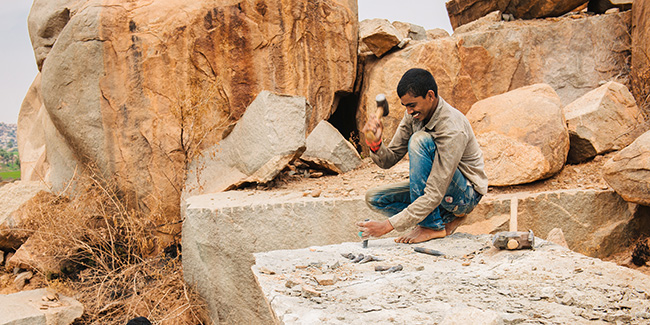