On 4 July 2016, a broad coalition of businesses and other organisations signed the Dutch IRBC Agreement on Sustainable Garments and Textile. The aim is to promote safety and equality for workers and prevent pollution and animal abuse in production countries.

After signing the Dutch Agreement on Sustainable Garments and Textile, the parties set up a Steering Committee to head the implementation process.

The Steering Committee members represent the signatories to the agreement.

Secretariat hosted by the SER

The National Government of the Netherlands has made funds available to support the Dutch Agreement on Sustainable Garments and Textile. The funds will be drawn from the budget of the Ministry of Foreign Affairs and will be available for two years. The SER is contributing 20% of the necessary funding. The agreement stipulates that the garment and textile sector will cooperate with the government on developing proposals for long-term funding.

An independent complaints and disputes committee was established summer 2017. 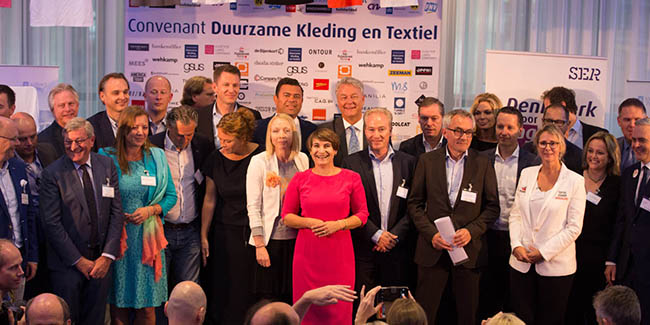 How can you participate?

Almost seventy businesses have committed themselves to the aims stated in the agreement. How can your company participate?